UNDER CONSTRUCTION
TCM Museum of Pengzhou

As the northwest traffic hub of Chengdu, Pengzhou has noticeably developed its Traditional Chinese Medicine(TCM) Park. The Museum of TCM proposed by MUDA-Architects locates in southern area of Pengzhou where the only route leading to the urban area passes by and the TCM Park starts to spread. Thus, it is required to be designed as a prominent visual and spiritual symbol for innovative promotion.

TCM stresses the harmony and correspondence between human and nature. It believes that humanity is a component of the entire nature constituted by "Yin" and "Yang" in dualism. These two forces are considered to be complementary and interdependent in eternal dynamic. To emphasis the philosophy of TCM, MUDA-Architects learns from the quote in Tao Te Ching that, "All things bear the 'negatives(Yin)' and embrace the 'positives(Yang)' to become harmonious by blending two forces." It is reinterpreted into a void-solid combination of spaces generated by the conceived architecture and landscape. Architecture and human are aimed to be integrated into nature in harmony to express the spirits of TCM. 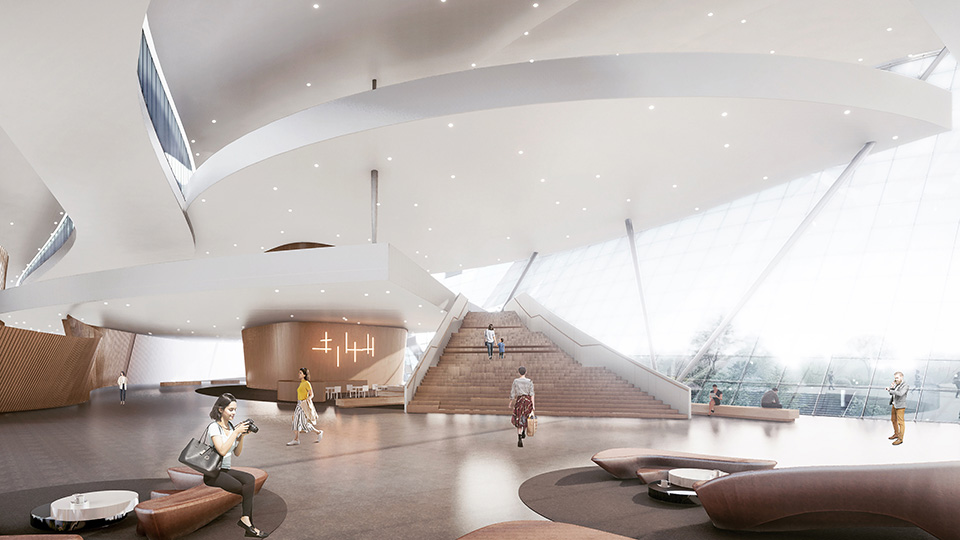